#TRENTANNIDIFORTEZZA 2019
In this cell, which has welcomed me for the first time, I have been spending most of my time, awake, since today. Thirty years are the soft weight of a lived story and the impulse to a future full of hope, but the present moment escapes while we observe these two edges being burdened by their own unreality. … read more (pdf) 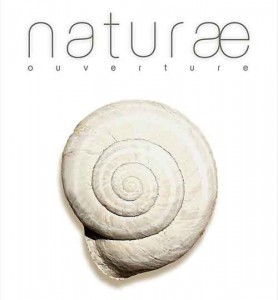 In 2016, during the final scene of the performance “Dopo la Tempesta”(After the Tempest), when the Child and Him held their hands and they turned their backs to Shakespeare’s world, to the fresco of intrigues and plots which they wanted to betray and to disavow as the foundation of their existence, spectators weren’t alone to contemplate the ruins.
We imagined that we followed the Child and Him in the journey to get away from themselves, that we crossed together the first valley, the valley of research, and that we also met Fumes, the Grey Man, the Antique dealer and all the other marvellous figures which inhabited Beatitudo’s lake.
Where are the Child and Him going now? …   read more (pdf) 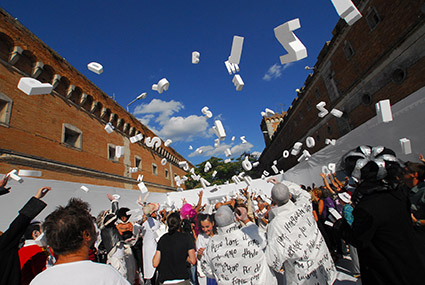 Armando Punzo and Compagnia della Fortezza have transformed Volterra prison in a place where every year, since 1989, a massive audience (an average of 300 hundreds people a day) enters the High Security Prison of Volterra to see Armando Punzo and his Compagnia della Fortezza performing all over the prison spaces, for an average of four/ five days a year. They have transformed it in a place where a group of around 30 collaborators (performers, musicians, poets, set and costumes designers, dancers, photographers, video makers) leave their everyday life to spend their summer in the little town of Volterra and to enter his prison everyday, to work with Armando and the Company to build together the final show. He has changed it in a place where other companies and artists are invited to perform, where critics, intellectuals, politicians, poets, musicians, researchers are gathered to discuss about the role of art and artists in contemporary society. Ultimately, Armando is transforming it in the actually existing, even if not institutionally recognized, National Theatre inside a prison in the world. read more (pdf) 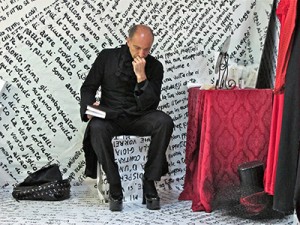 Armando Punzo: artistic practice, performances, prizes and publications
Armando Punzo is a theatre director, artist and dramaturg. He was born in Cercola (Naples, Italy) in 1959. He begins his artistic activity in Naples in ’78, with Teatro Laboratorio Proposta. From’83, he moves to Volterra where he is one of the guides of the experimental, international theatre group L’Avventura, in the project called Pratiche in attesa di teoria. When the group brakes up, he works with director Thierry Salmon for “A. from Agatha” by Marguerite Duras. In 1987 he founds Compagnia della Fortezza and Carte Blanche, the not-for-profit arts and culture organisation he has been artistic director for, since now. read more (pdf) 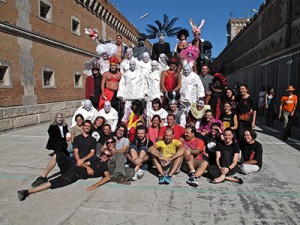 Carte Blanche and The Theatres of the Impossible
Carte Blanche is a not-for-profit arts organization founded in 1987, with the aim of producing and promoting cultural activities based on experimental research in the arts.The organisation manages Compagnia della Fortezza, the theatre company composed by the inmates actors of Volterra Prison and directed by Armando Punzo. Together with the permanent theatre workshop inside Volterra Prison, Carte Blanche also organizes every year since 1993 one or two professional trainings for the arts professions. read more (pdf)